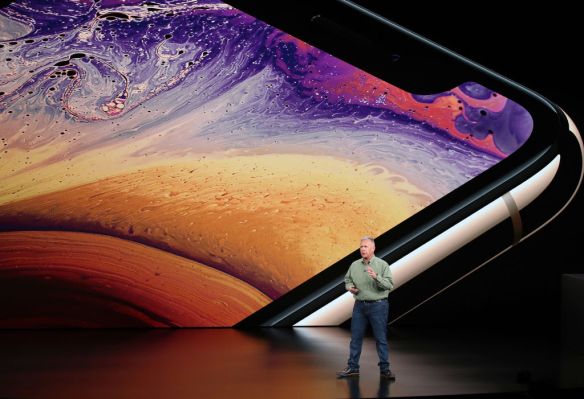 Apple shared its latest quarterly earnings report today, but during its call with investors the company’s CFO Luca Maestri also delivered an unexpected announcement: it won’t be sharing unit sales of its iPhone, iPad or Mac anymore.

This gives analysts (and the public) one less item to determine the health of the company, but according to Apple’s leadership, devices sold aren’t a very good indication of the company’s financial health anymore because the company is selling devices at so many price points.

“Our product ranges for all the major product categories have become wider over time and therefore a unit of sale is less relevant for us at this point compared to the past because we’ve got these much wider sales prices dispersion,” Maestri said in the call. “So unit of sale per se becomes less relevant”

The move perhaps reflects just how much Apple’s pricing has stretched towards the high-end in the past year.

The iPhone XS Max starts at $1,099, the Apple Watch Series 4 starts at $399, the new iPad Pro starts at $799 and the new MacBook Air starts at $1,199. The company is keeping prices pretty consistent on the low-end for iPhone and iPad as it continues to sell older units, that isn’t as true of Mac which has seen a fairly uniform price bump in the most recent generations of devices (with a $4,999 iMac Pro rounding out the high-end).

Unit sales tell a small part of the story. While Apple shipping 46.89 million iPhones this quarter represented flat unit growth, the company’s iPhone revenues jumped 29 percent. That’s because the average sale price of the iPhone went from $793 versus $618 a year ago.

Maestri noted in the call that some of the company’s biggest competitors in smartphone and tablet sales (Google, Samsung) do not break out unit sales in their quarterly earnings reports either. Nevertheless, more data on a company’s performance is better for analysts, so the lack of transparency from Apple here leaves some room for speculation on why they’re making this change now.

Apple, Amazon, Google and others…